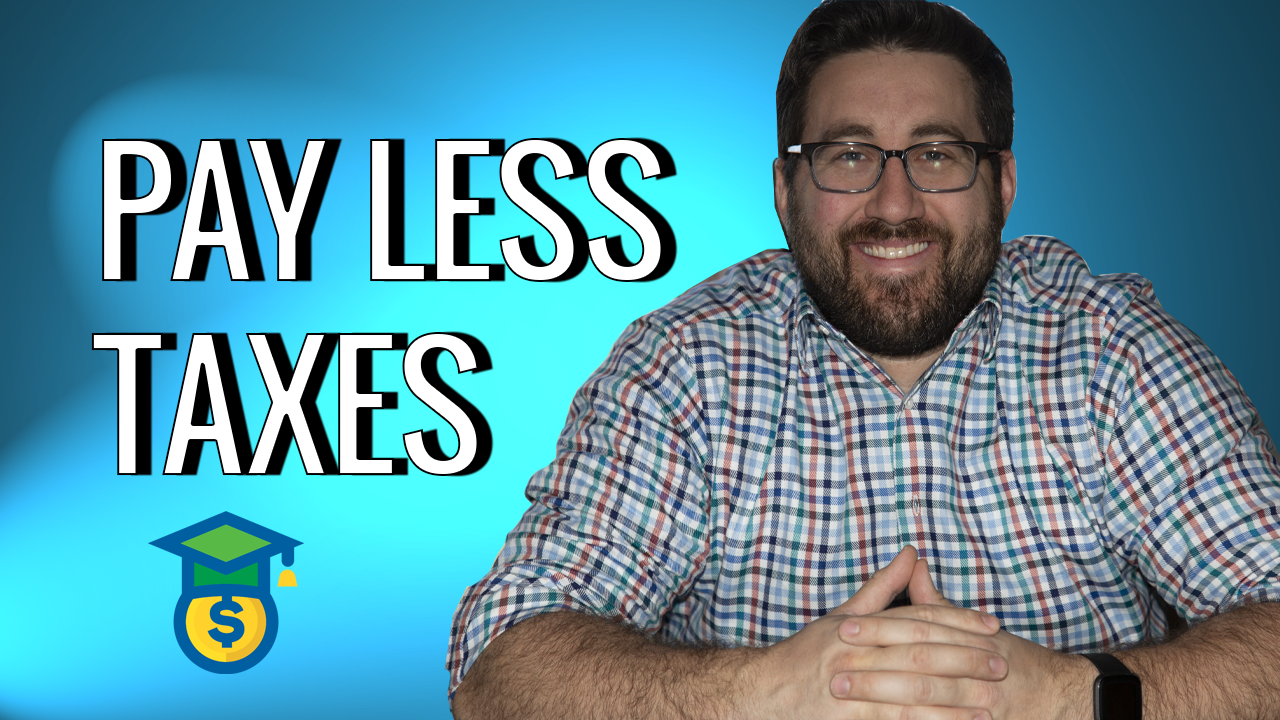 Have a traditional 401k or IRA that you want to try squeeze some more tax benefits out of? Well, a Roth Conversion may be a good option for you!

We're going to talk about one of my favorite topics today -the Roth IRA conversions and how it can help you save money in retirement. We'll go through what a Roth conversion is, how it works, and why you should do one.

To understand the Roth conversion, you have to know the two different types of IRAs:

They work as shells, which means they're not investments in and of themselves, but shells that can hold a variety of investments, such as cash, equities, bonds, mutual funds, and so on.

Essentially, the IRA is nothing more than a technology shell. And they're taxed differently depending on whether they're a normal IRA or a Roth IRA.

A Traditional IRA, for example, allows you to contribute up to $6,000 every year. If you make less than a certain threshold, that counts as a tax deduction. That money then grows tax deferred, meaning you don't pay tax on it compounding , until you hit retirement age. When you hit retirement age, then when you take money out of the IRA, it is taxed.

The Roth works a little bit differently. So you can still contribute $6,000 per year into a Roth IRA but it is taxed when you put the money in. So you put the money in after tax dollars. So the money has already been taxed. And then when you take it out, as long as you meet certain stipulations. But as long as you meet certain stipulations, such as five year holding time frames, for example. All that money that you take out of a Roth IRA in retirement is tax free. So you put money in after tax, it grows tax deferred, but you don't pay tax on that growth. And then when you take the money out, it's tax free. Evidently, the Roth IRA is a very powerful tool, if used correctly.

What is a Roth Conversion?

Now that you understand the difference between a traditional IRA and a Roth IRA, it's important to know that you can do what's called a Roth conversion each year.

For example, you may be eligible for a tax deduction up to a certain income threshold, but even after that threshold has been reached, you can still contribute and benefit from tax-deferred growth. Even if you earn too much to qualify for a tax deduction. So still powerful either way.

Switching to a Roth IRA

So there's a couple of steps to this process.

As a result, we must follow the step doctrine. So you basically have to put your $6,000 into an IRA. Yes, leave it in here for a while, a year is a good rule of thumb, then invest it. From there, you can convert it to a Roth.

Could You Lose Money When You Do a Roth Conversion?

You can convert as much as you want in a given year. However, you're only limited on new contributions of $6,000 each year. So you can only contribute new money to an IRA, a Roth each year of $6,000, which does increase from year to year but for now, it's $6,000.

However , for conversions, you're not limited in amounts whatsoever, so you can convert as much as you want. The stipulation with conversions is that if you had a tax deduction on the money that went into the IRA, that money will become taxable when you convert.

Bear in mind, if you made a no-deductible contribution, that money is not taxable when you convert, but the growth would be. So for example, if you're converting over $10,000, that's taxable in your tax rate, 25%, you would owe $2,500 in taxes. So you do have to have that money. Make note of this, when you do that Roth conversion. So again, you can put money into an IRA, and then convert it over to Roth, there's no limits on the conversion piece. So there's no limits between these pieces, but there are limits in terms of new contributions into the IRA, and Roth IRA.

Retirees and the Roth Conversion

Let's say that you, like the typical retiree, have a 401k. And majority of retirees or pre retirees use 401 KS or a similar saving device, whether it's 403B three or 401k.

Basically, an employer sponsored tax deferred account is kind of the traditional way that we've had over the past couple decades for saving for retirement. So say, the majority of your life savings is in a 401k. Say you have a million dollars in this 401k.

Well, when that money is taken out, as we went over, that is going to be taxed, so that money is taxed as it comes out. What they consider is when you retire at 65, you're going to need income from this. So let's say it starts with 50,000.

Another thing that complicates matters, as well as when you're at the age 72, you have to do what's called a Required Minimum Distribution or RMD. The Requirement Minimum Distribution (RMD) means that you have to take a certain amount of money out of this portfolio each year. That amount is determined by the IRS. The IRS, for example, wants to make sure that by the time you pass away, your entire portfolio is empty. They want nothing in there, when you die, they want your tax money. So Uncle Sam provided you with the advantages of owning a 401k and the tax deferred status but now, Uncle Sam wants their money.

So what they do is they have what are called the morbidity tables. This determines when you pass away.

This is the amount of time (or timeframe) they wish the space to be unoccupied for. So, for example, let's use simple math; this isn't going to be an exact multiplier, but let's say they say you should withdraw 1/10 of your portfolio each year. So, then starting at age 72, you may need to take out a million dollar or one thousand dollars on that million dollar. So basically what they are saying is, you have now no control over how much money you take out of that 401k.

As a result, your tax rate could skyrocket to levels you don't want. It provides you no control and can quickly deplete your assets. Those are the same assets you need to sustain your retirement lifestyle.

Roth Conversion to the Rescue

This is where the Roth conversion's magic kicks in. This provides you more control over your retirement status, as well as how your assets are taxed. Which can help you save a lot of money on taxes as you become older.

So now let's assume that you are doing a Roth conversion. So most retirees at the age of 65 are sort of in a sweet spot because from age 65 to 70, your expenses are typically much lower. You're no longer in your high income earning years for at least a lot of people. That's when you are no longer getting your "bigger paychecks peak" earning years. And 70, is a lot of times when people start really taking social security. Typically, between 65 and 70, people have very minimal taxable income. Not always the case. But we will use this example. Say, you want to get an entire $1 million over to a Roth IRA.What you can do during this time frame, when you're in a lower tax bracket (in the sweet spot), you can then strategically move a little bit over each year. That way, you're minimizing your tax bill, but ultimately getting everything into a Roth IRA.

In your Golden Years, Do This

What you can do between these golden years is take that $1 million and, for example, move $200,000 per year to a Roth IRA in the form of a Roth conversion; however, you will have to pay taxes on any Roth conversion. So whatever your tax rate is, if you earn $200,000, it will appear as if you have $200,000 in income.

So whatever your tax rate is, that's where you're gonna essentially owe tax on that. So you will want to have cash savings, or be prepared for that whether you need to do a distribution.

The good news is that a Roth conversion puts you in control of your tax bill. You can look at the various tax rates and determine, "OK, I'm in the 25% tax bracket; I can convert $150,000 to stay in that tax bracket, and that will be bumped to the next tax bracket," and so on. You can then convert a set amount each year until it reaches zero, then put everything into a Roth IRA, where you'd again, have complete control.

In a nutshell, that's how a Roth conversion in retirement works, and as you can see, it can help you save money on taxes. Which we are all for! 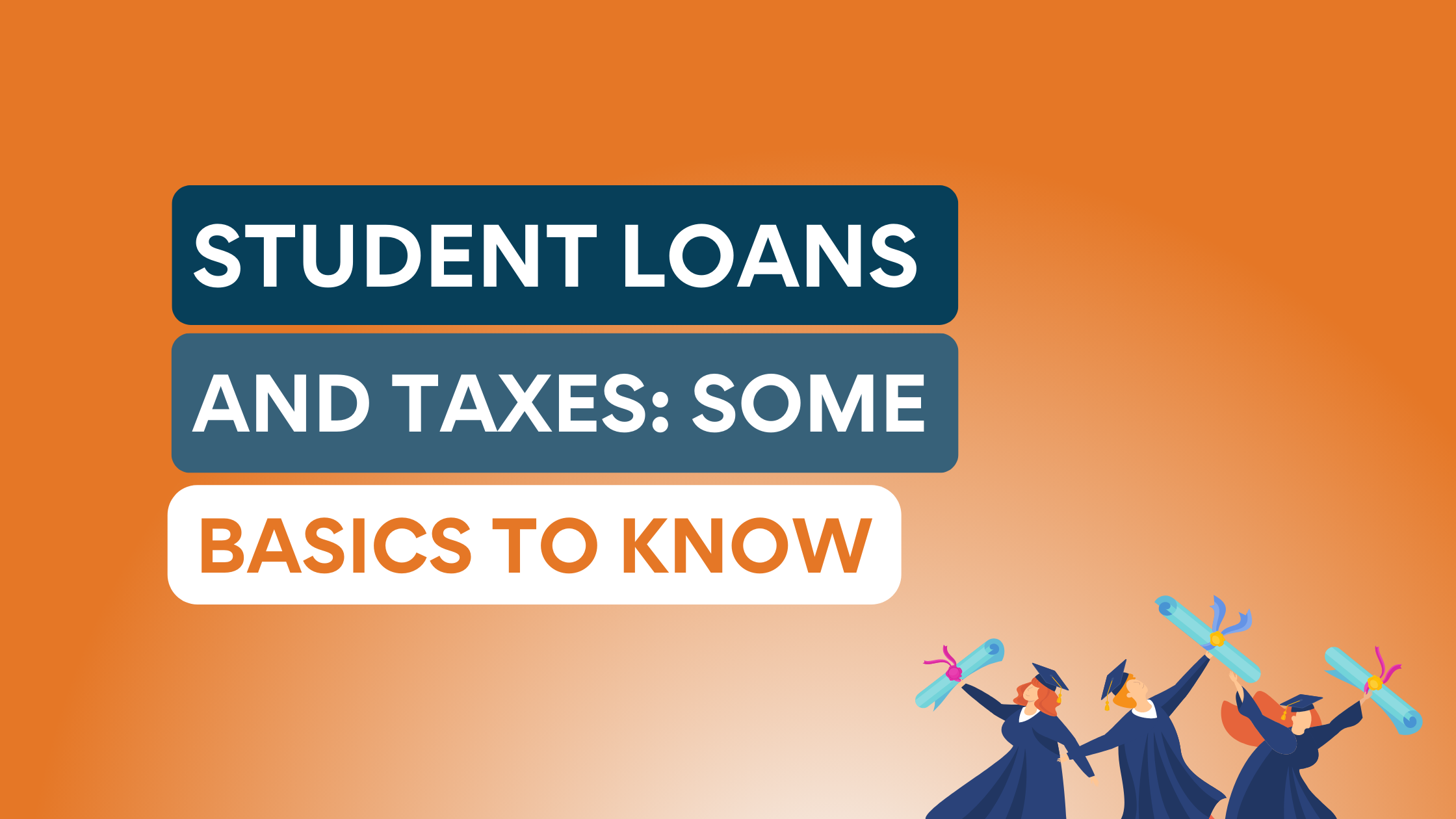 Student Loans and Taxes: Some Basics to Know 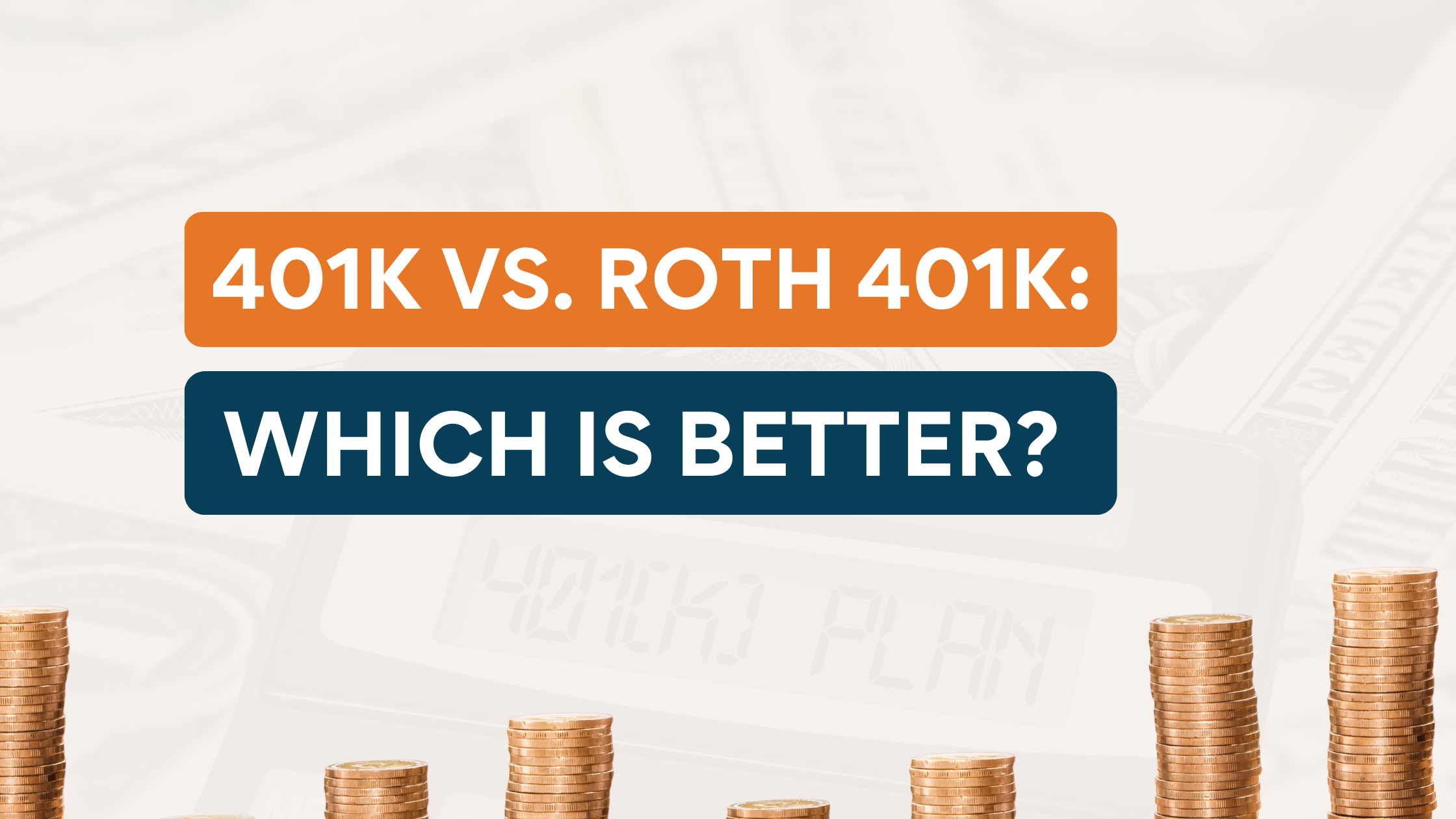 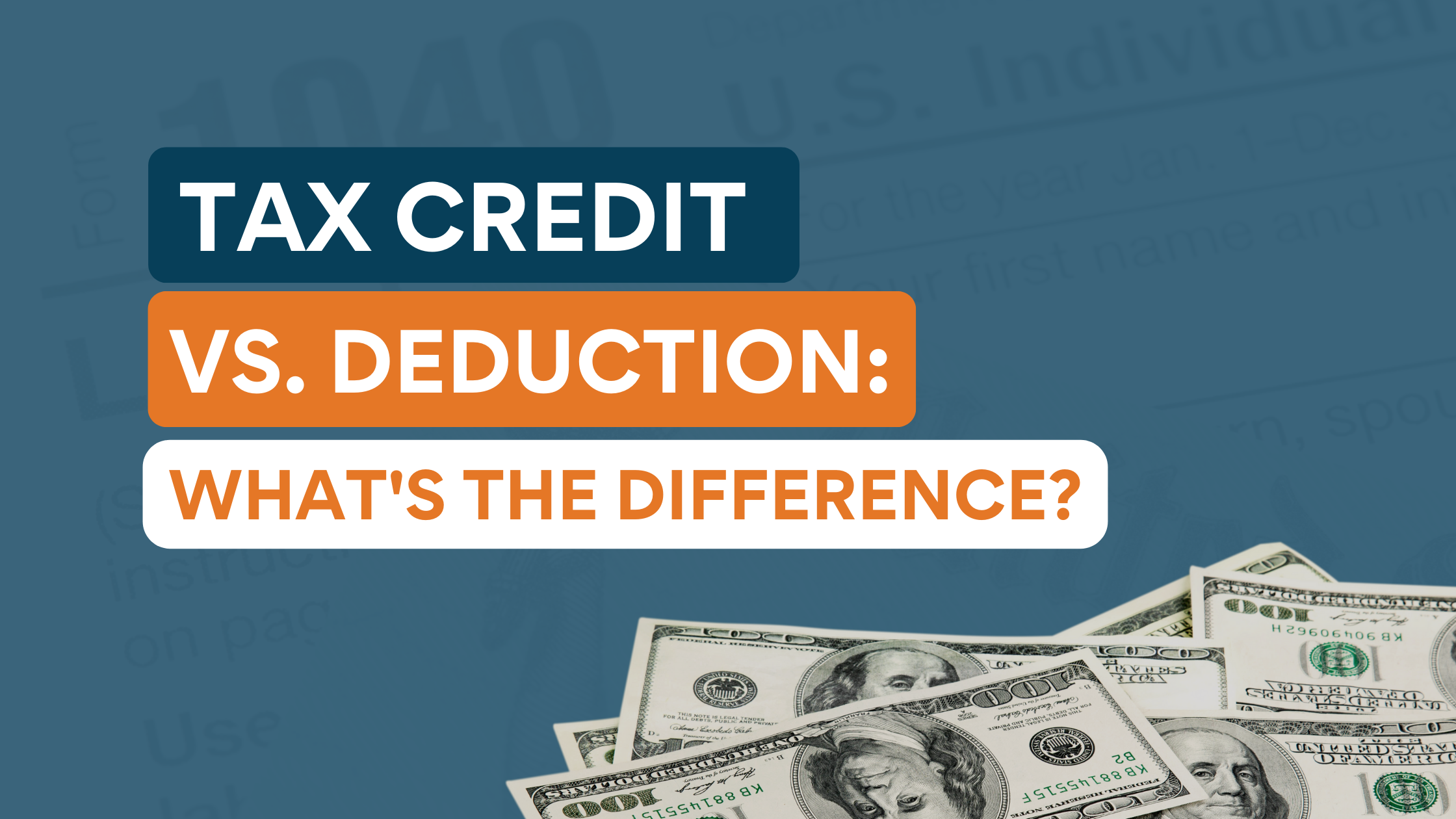 Tax Credit vs. Deduction: What is the Difference?