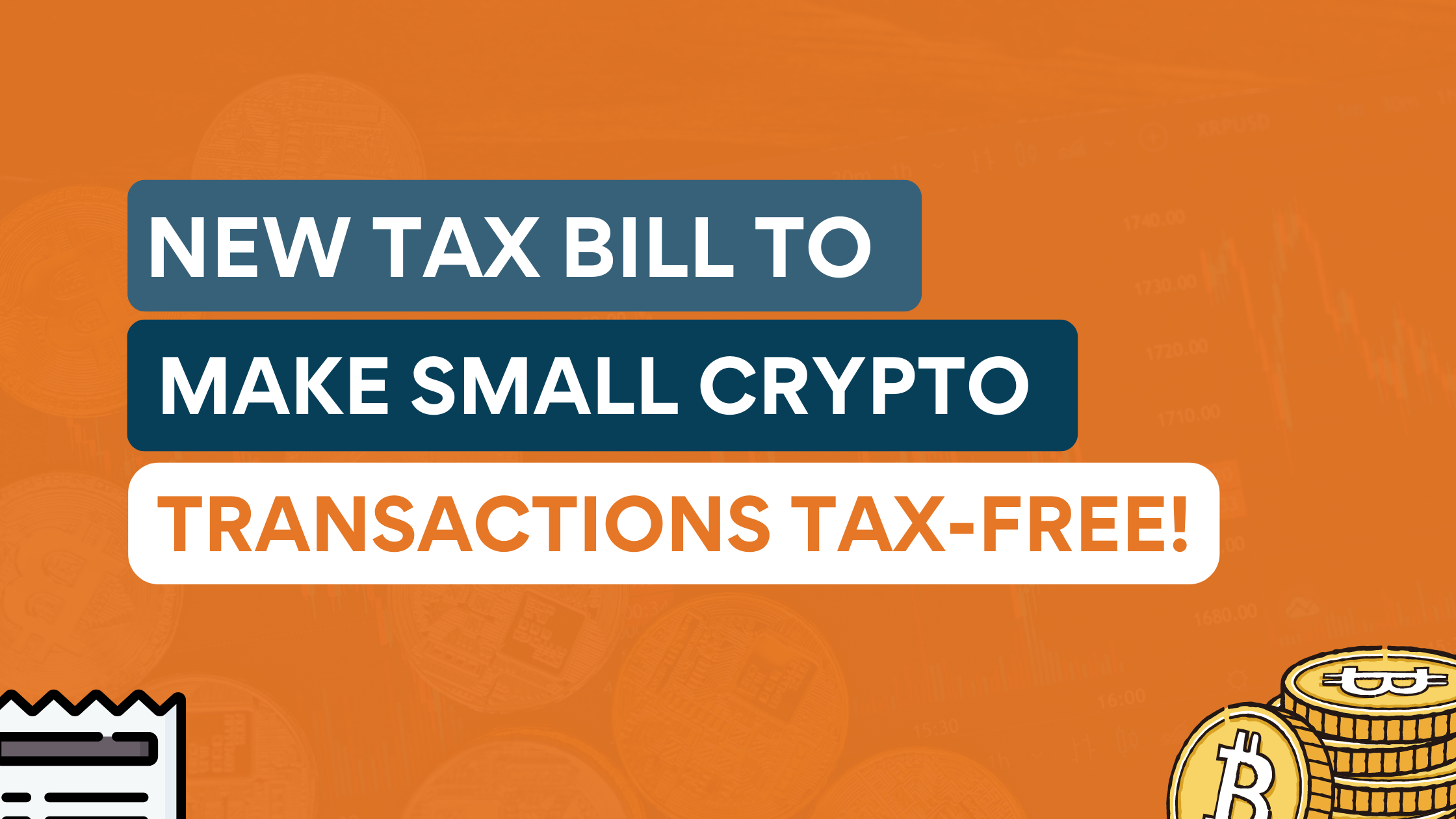 New Crypto Tax Bill‍! U.S. Senators are pushing for a bill that would make small cryptocurrency transactions tax-free. Read on to learn more.

U.S. Senators are pushing for a bill that would make small cryptocurrency transactions tax-free.

Prominent U.S. senators are working to relieve taxpayers from the burden of tracking every time a cryptocurrency is transferred. They have introduced a bill that would exempt them from having to report transactions up to $50 or trades that earn them less than $50.

Sen. Patrick Toomey (R-Pa.) and Sen. Kyrsten Sinema (D-Ariz.) have worked together to push for crypto users who make small investments or purchases to not have to pay taxes on them. Their Virtual Currency Tax Fairness Act is the same as a bill the House of Representatives has already put forward.

However this year, senators Cynthia Lummis (R-Wyo.) and Kirsten Gillibrand (D-N.Y.) introduced a broader bill called the "Lummis-Gillibrand Responsible Financial Innovation Act," which included the idea of making small transactions worry-free from a tax point of view. By not taxing small personal transactions like buying a cup of coffee, the new bill will make it easier for people to use cryptocurrencies as an everyday form of payment.

The IRS has a firm policy on crypto: "When you sell virtual currency, you must report any capital gain or loss on the sale"

This standard is one of the things that has kept crypto from being used in the U.S. as a different way to pay for things. By enacting this bill, it would make it easier for people to use crypto for retail payments, subscription services, and small transactions. More importantly, it would foster the development of decentralized blockchain infrastructure generally because networks depend on small transaction fees that today saddle users with compliance friction.

The measures included in this bill covers a lot of ground and aims to finally give this young and volatile asset class consistent rules!

- Clarifies for businesses and regulators which digital assets are commodities and which are securities.

- Gives the CFTC the power to regulate the spot markets for digital assets.

Basically the bill talks about the de minimis tax exemption for small transactions and explains what a broker is for the purposes of reporting tax information. It also talks about staking, mining, and airdrops, which are important areas the industry has been trying to learn more.

The bill was well received by the industry, but some are concerned about some of the tax measures. The measure would say that the CFTC, not the Securities and Exchange Commission, is in charge of regulating crypto products, since most of them work more like commodities than securities. Most people think that the smaller CFTC is a friendlier regulator for cryptocurrency, since the SEC has usually found that cryptocurrency products have to follow a lot of rules for securities.

People who have a difficult time gathering records to report all of their cryptocurrency transactions at the end of the year for small personal transactions may benefit from the de minimis exemption, which exempts gains or losses on transactions of up to $200. This exemption would help protect these individuals.

It just makes cryptocurrencies more useful for daily spending than US dollars!

This method could have been inspired by the treatment of transactions involving foreign currencies and by the fact that the IRS does not require taxpayers to record instances in which they benefit from advantageous exchange rates. The legislation was enacted with the intention of incentivizing people to adopt cryptocurrency in their day-to-day lives.

The bill would also make clear that cryptocurrency rewards created through the processes known as "staking" and "mining" would be taxed when the rewards were sold, rather than when they were created, which is one of the primary demands of the industry. This would be a nod to one of the most important demands of the industry. With that clarification, digital assets would be taxed in the same way as other newly created property. In February, the Treasury Department notified the public about plans to change who has to give the IRS information about their clients. Many agreed that the language used to describe a digital asset broker was too broad and asked miners and stakers for information that they didn't have.

The Lummis-Gillibrand bill would limit the definition of a broker to "any person who, in the ordinary course of a trade or business, stands ready to sell digital assets at the direction of their customers for compensation." The proposed law would also require the Treasury to explain when different events involving cryptocurrency are taxable within a year. That would include "forks," which are changes to the way a cryptocurrency network works, as well as "airdrops," which are the giving away of cryptocurrency units. Basically, they're pushing them to adopt guidance on forks, airdrops, and other things where people have been wanting guidance for a while. Which is great.

What Are the Best Investment Practices in Light of the New Law?

There are two key points for cryptocurrency investors to bear in mind if they want to comply with the new regulation regarding their investments:

1. To reconcile what the exchanges will be reporting to the IRS and what you originally paid for your cryptocurrency, keep as accurate a record of your cost basis as you can.

2. Finding a tax expert that understands cryptocurrency may be even more beneficial for appropriately reporting your cryptocurrency assets. Be as honest as you can about the cryptocurrencies you own and the price you paid for them.

Although the IRS regarded cryptocurrencies as taxable property prior to the new legislation, the stated reporting requirements increase the pressure on investors to ensure they are fully and honestly disclosing their activities. There is no avoiding the tax repercussions and gains at this point because the IRS will be keeping track of this information.

Hopefully, you found this information to be beneficial! If you have any questions, please feel free to reach out here. We are always here to help! 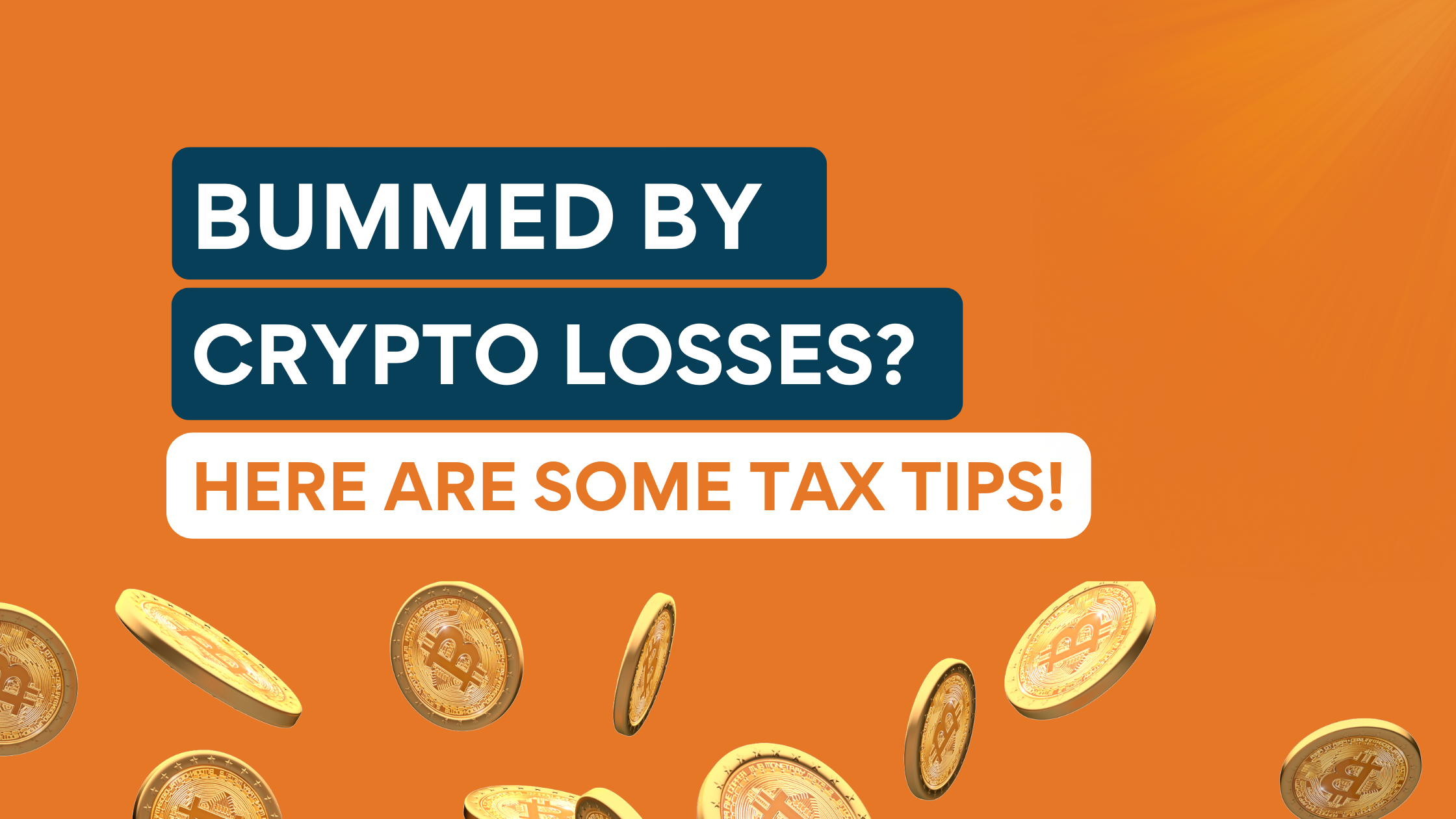 Bummed by Crypto Losses? Here Are Some Tax Tips! 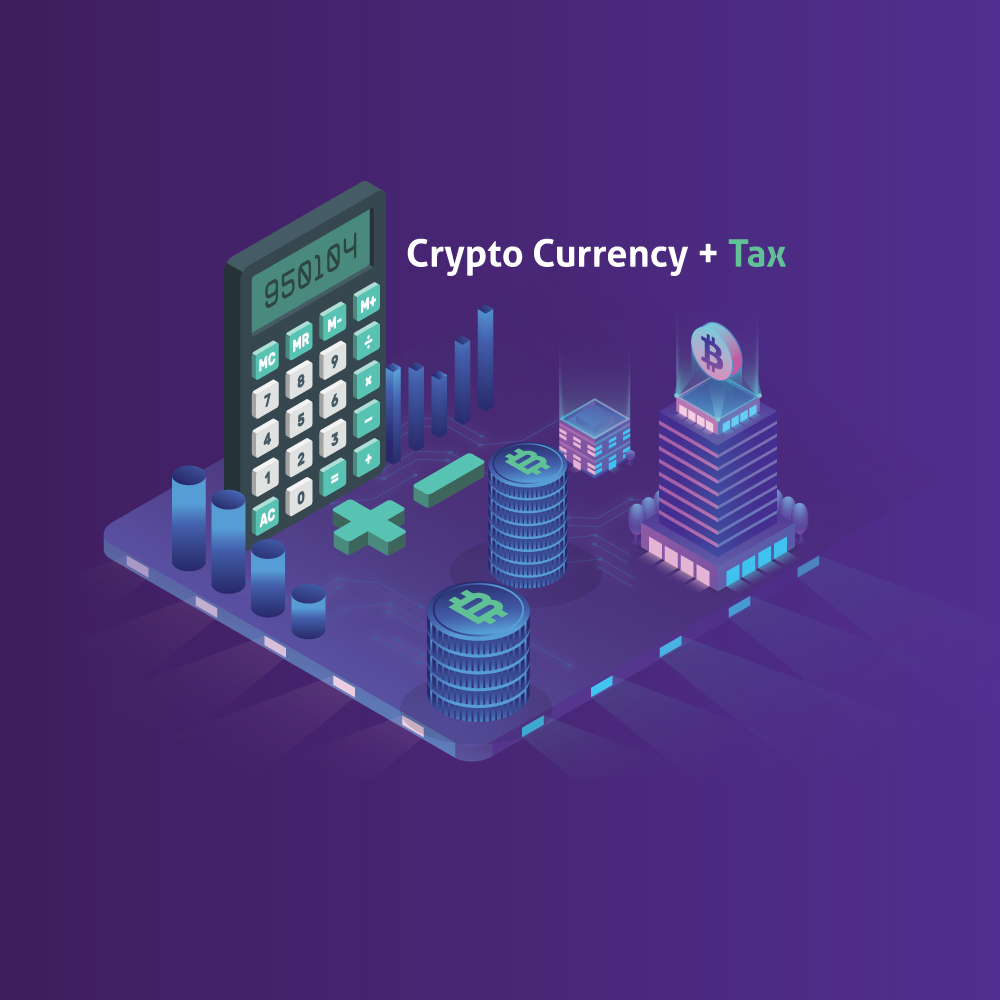 Can the IRS Track my Crypto Transactions?